"What should I read next?" Megathread

I quite enjoyed the first 2 volumes of this series 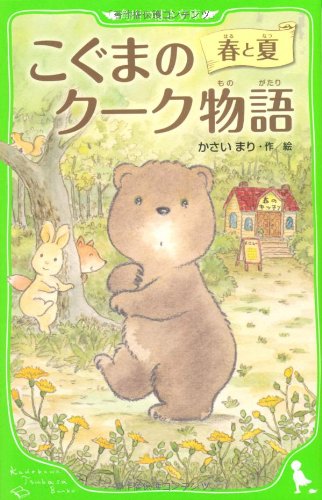 It’s for young children, but it’s cute. A little bear living in the woods, his dad has a restaurant and his best friends are a fox and a rabbit. And it’s about friendship and how to deal with fights but also how to deal with friends when they are sad, etc. (And they also talk about some delicious sounding foods.)
(Bookwalker and amazon both have a few pages to try.)

I have a ton of digital manga now from a sale, but they are all 4-koma. I like to mix up my 4-koma and non-4-koma reading, so this poll is to decide which non-4-koma manga to read next.

Thanks again!
Well, maybe I should wait until I have actually read the books to say that

Both recommendations were good, so, yes, thanks again.

Double light novels, interesting…
Edit: My local library has neither of those, interesting
Edit2: lucked on a good coupon on Booklive and サイレント・ウィッチ was 50% off (so, about 66% off in total), so I just bought them.

And only three more recs after that, so I’ll just grab them directly without roll.

Kind surprised you’re still going for it after the ending

I don’t remember the ending

Was it boring? Well, I’ll find out, I guess.

The tone changed suddenly and it went from fairly light hearted to unnecessarily gruesome. It wasn’t so bad as to turn me off the book, it was just an unexpected and unwelcome change. This is the one where I mentioned sudden cannibalism.

Also, more minor, but I hated how the androgynous female character was reverted to a girlish, stereotypically femme girl at the end. I really liked her characterization until they were like, “just kidding! we all know girls desperately desire to be femme”.

This is the one where I mentioned sudden cannibalism.

Anyway, I bought it, might as well give it a spin (and drop if need be).

but I hated how the androgynous female character

That sounds rage-inducing to me too. However, compared to that light novel running on incel logic I read a couple of weeks ago, it can’t be that bad. I hope.

But omg there’s even more books in that series than in 山猫, truly an endless rabbit-hole awaits

But omg there’s even more books in that series than in 山猫, truly an endless rabbit-hole awaits

I’m pretty sure I have the 2nd and 3rd volume in standby for whenever I need some mindless but good reading.

Thank you to @Biblio and @meagstudies for your recs. I finally got around to going to the local Japan Foundation library and got a card, but unfortunately they don’t have those books - so I will probably just get a copy off amazon (or anywhere I can turn them into an epub for easier lookup).

Will let ya’ll know how I go. I did pick up some graded readers from the library, so that’s nice.

And only three more recs after that, so I’ll just grab them directly without roll.

Wait, never mind, the wait list for 香君 is 111 strong. There’s an estimated wait time of 10 months. It’s also a bit pricey to buy directly.
BUT! It’s going to be available on audible early March, so I’ll go with that instead.

BUT! It’s going to be available on audible early March, so I’ll go with that instead.

Good luck with that!

I try this every now and again, it’s pretty difficult to do. Maybe when I am commuting but I would rather be doing something. 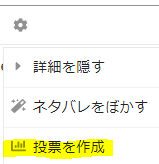 From memory, typing on mobile. Let’s see if it works…

oh I’m not allowed to make polls…that’s what I suspected.

Probably a trust level thing. Iirc you either have to browse a bit more (read time) or something else. It’s an anti spam measure. No idea what trust level is needed for polls though.

Casting my vote for 名のない死者 though. I remember generally liking it.

@cat is right. @loladae you just need to browse a few more topics to reach level 1 trust and be able to make polls.