What Is Your Favourite Japanese Book?

A tough questions but I’m curious, what is your favourite book (or books) that you read in Japanese?

What novel(s), non-fiction, or manga did you absolutely love to read? One that you would recommend everyone tries. Why was it so good?

And is it on Natively so other people can check it out?

わたし、定時で帰ります。 “I Will Go Home on Time”

As someone working in Japan this novel hit way too close to home.

The protagonist is marred by her father and then her ex-fiance ALMOST killing themselves from overwork and swears she will never, ever work overtime. But she has to combat other people in her company who embody Japanese societal norms and expectations for working overtime. Because if she doesn’t she might be dragged to stay at work herself.

Honestly this was a roller coaster of a read and it had me feeling intense frustration and intense joy as the protagonist combatted the various aspects of Japanese overtime culture.

Great for: N2/N1 level Japanese with lots of business terminology.

Oh, that sounds pretty neat! I just added it to my wishlist.

In my case, my favorite light novel series is 本好きの下剋上 (series) | L31. It’s hard to get into the details of why I like it so much without spoilers. It’s an isekai series and the main character was an absolute bookworm in her previous life, which gave her knowledge of many things™. In her new life, she starts pretty much at the bottom of the social ladder and a lifetime of work would probably not be enough to afford a single book. Based on that, she swears she will manage to get surrounded by books eventually anyway (her dream job is to be a librarian), which prompts her on a quest to climb said social ladder (as the title of the series implies).

… and there’s still more that I liked or felt strongly interested in, but at this point, I feel like I’m going to end up posting half my manga library…

In terms of actual novel, it’s hard to pick up a single one, since there’s usually always something that I don’t like, or I like it but it’s borderline a light novel, or there’s some controversial content, etc…
I guess I would go with 天冥の標 (series) | L36. It’s basically a hard SF series that won the Japanese SF prize a couple of years ago. I really enjoyed the first part, but then there’s a huge time skip between parts (500 years, then 200~300 years) which made me lose interest a bit, and I am currently putting that series on hold. I am planning to get back to it at some point, though (and hopefully the series will get back to characters I already know).

I’ve got three favorites, for different reasons and audiences.

64 | L36 I absolutely loved. If you like cop dramas, specifically ones where the drama is coming from inside the house then this is for you. Great atmosphere, great characterizations, and a writing style I just adored.

おやすみ、夢なき子 | L30 is for anyone who likes trashy novels with lots of sex, murder, and tangled relationships. I recommend reading the thematic warnings in my review if you have anything you’re squeamish about, but it’s pure

I can’t remember reading another Japanese book of the same length (500+ pages) so quickly. I just didn’t want to put it down.

It’s a series of lightly connected short stories about Japanese gods interacting with regular humans. I loved the writing style, the mood, the characters. It’s not the deepest book but it’s gosh darn enjoyable and I also read it super quickly,
Unfortunately I picked up the sequel and just couldn’t get that into it, will probably revisit that another time.

@Naphthalene I’m going to try to finish 2 books (心霊探偵八雲 and 硝子の塔の殺人) that I have started and then finally begin on 本好き. I can probably knock out the rest of 心霊探偵 tonight but I have probably ~2 weeks left of reading for 硝子の塔の殺人 as I’m balancing it against WK book club books

for anyone who likes trashy novels with lots of sex, murder, and tangled relationships.

My unread pile is getting unreal though (30 books and counting), sooooo it might take a while for me to get to it.

and then finally begin on 本好き

Nice! I wanted to like your post for that, but it turns out I have somehow managed to reach the daily limit already

Edit: just as I said that, my trust level got upgraded through direct divine intervention

My favorite manga is 不機嫌なモノノケ庵 (series) | L25. It’s about two human high school boys - one who has just started to see youkai and one who has been living with them and been on their side for most of his life - helping youkai with various requests. There’s also a mystery linked to both of them that slowly unfolds in the background until it becomes the main plot. I really like the growth of trust between the main characters, the worldbuilding, the mostly adorable and occasionally scary youkai designs (including the titular tearoom youkai that loves kaomoji), and how it never quite loses it lightness but also has surprisingly serious and dark moments as the plot progresses.

(@cat I have すべての神様の十月 | L26 on my Kobo wishlist to check out when I finish one of my current books - it looks interesting!)

I have it on my list, but generally I don’t enjoy short story collections, so I’m reluctant to give it a try. Maybe someday though…

It’s a series of lightly connected short stories about Japanese gods interacting with regular humans. I loved the writing style, the mood, the characters. It’s not the deepest book but it’s gosh darn enjoyable and I also read it super quickly,
Unfortunately I picked up the sequel and just couldn’t get that into it, will probably revisit that another time.

Ok I will take on this challenge. Just bought it used from Amazon.jp. It seems like a pretty easy read.

snooping through this thread because it’s gonna be a goldmine…I can’t wait to find some good reads! Thanks for starting this

Great thread! I really like reading other people’s favourites as a way of getting to know them better. Or, well, I at least like the idea of it.

If manga counts, since I am still reading my first novel, then it’s between MONSTER (series) | L34 and バガボンド (series) | L28. I am incapable of choosing.

There are a few others that I think have the potential to be good candidates, but that I’ve only read a small part of, such as Berserk and 不滅のあなたへ.

Is that perchance a reference to the old name for October … ?

Is that perchance a reference to the old name for October … ?

So I can’t say I’ve read enough (light/) novels in Japanese to recommend any, sad to say; I’m working on correcting that now. But I can give a shout-out to my two favorite manga!

DGM’s also got a set of light novels of its own (D.Gray-man reverse 1 旅立ちの聖職者 | L29??) of which I can at least say the first one is pretty fun. They cover side stories to the manga, and while I’m not 100% of how canon they are, I do know the last LN was been/is being adapted in the manga right now.

I recommend Crystal Hunters to everyone. It’s a manga that teaches Japanese and is meant to be used right after someone has learned their Hiragana and Katakana so it’s very beginner friendly. It also gives the reader confidence in reading a whole story in Japanese too. The story has a lot of action and interesting characters so I find it more fun to read then a typical graded reader. 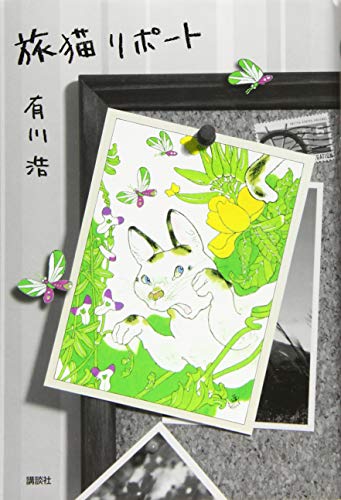 It made me cry so much. If you like sad but kinda feel-good slice of life, I highly recommend this. Especially, if you have ever been owned by a cat.
It starts a bit slow, but I could barely put it down after a while.

Read it recently, also made me cry. I knew the story but it’s always heartbreaking again and I think everyone should know it.

(I seem to enjoy books that make me cry… that assumption is not wrong… but I do also read happy stuff ;))